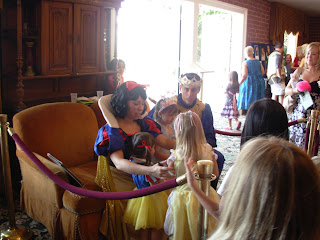 i'm on an amtrak train, just left bakersfield on my way to san francisco. this really is the best way to commute through this great san joaquin valley, the bread basket of california. very comfortable trains, with electrical outlets near all the seats. relax, and watch the world roll by.

i remember reading about bakersfield in steinbeck's grapes of wrath .... i've been carrying a novel of his (he's one of my faves) but this technology stuff seems to occupy most of my time and i haven't even started it. bad former english student ...

i spent the weekend with friends in pasadena. charity was a wonderful co-host on my winds of change radio programme for about a year, and i'm so glad we've maintained contact. she's such a delight, an inspiration. she teaches creative writing, is raising a very interesting and creative child, and is married to an astronomer. last year i camped with them on catalina island on my way back from cuba, this year i just missed their wilderness adventurings in yosemite. it's not likely i'll do the cuba thing next year again, for various reasons, but we've made a pact to meet for a camping trip either in the grand canyon or yosemite sometime in the future ... or maybe they'll adventure to canada.

they loved canada. charity has lived a lot of different places, but she always tells me how much she loved canada. her husband said he couldn't believe the community centres, where people from all different socio-economic standings can go and get healthy and meet each other and have family fun together. i didn't realize, those just don't exist in quite the same way in the united states. here it's about joining a gym, or a club, so that automatically eliminates a portion of the population from participating. maybe if usa citizens were to work out together they'd feel more inclined to provide health care for each other.

over the weekend i swam in the cal-tech pool, learned a couple of new card games, and was invited to watch leo perform in the local kid's theatrical production of snow white. apparently the guy who wrote the script works for disney. it's a somewhat humerous interpretation of that older than disney story, of course it has the happier than happy never happens in real life ending, but it was fun to watch the kids singing and dancing and performing. the play runs saturdays until november, at some little theatre in glendale.

we also went to see 'julie and julia.' it inspired me to find more time for my book idea which won't, i can assure you, have anything to do with de-boning ducks. vegan alert: it's another incredible meryl streep performance, julia was an intriguing and enjoyable character, but be prepared to cover your eyes during some of the cooking scenes. i liked julia a lot more than i liked julie, forgiving julia for perhaps some ignorance about animal welfare issues but wondering why julie would persist in this age of information and knowledge. maybe that's why julia didn't ever contact julie .... maybe, at the end of her life, julia realized there's a better way. maybe she felt some remorse at promoting the deaths of all those creatures and couldn't bring herself to congratulate a woman for bringing it all back to life so a new generation can send her already famous cookbook into the nytimes best seller category and then ship another generation of innocent creatures to the slaughter.

sometime tonight i'll be attempting to find my way through san francisco to my friend's house. he's on holidays, but he mailed me his keys before i left canada (bless his heart). if this gets posted, it means i found the place.

addendum .... thanks to the very friendly and helpful bus driver, the nice guy on the bart who offered to help with my bags, and all the people in between who pointed me in the right direction. it's no wonder people leave their hearts in this place!