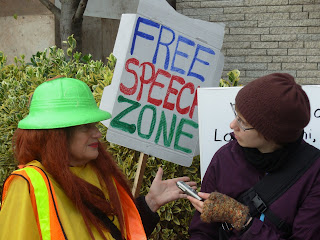 2009/12/31
Harper to prorogue Parliament: He is not Impeded by Democracy

How long will Canadians be prepared for the sake of avoiding an election to allow an unethical government which has engaged in fraudulent practices, and evasive techniques, and unscrupulous actions, govern. How much longer will a compliant Governor General support such practices, techniques and action? The Governor General erred twice in dissolving and proroguing Parliament, (under Article VI) of her Letters Patent. Now she must correctly use her residual powers under Article V – to remove Harper from office, and call upon the Opposition Parties to govern.

GOVERNOR GENERAL MISUSED TWO OF HER POWERS UNDER ARTICLE VI

THE GOVERNOR GENERAL, UNDER ARTICLE VI, HAS CORRECTLY PERFORMED HER ROLE OF SUMMONING, BUT INCORRECTLY PERFORMED HER RESIDUAL ROLE OF DISSOLVING AND PROROGUING PARLIAMENT;VI. ³AND WE DO FURTHER AUTHORIZE AND EMPOWER OUR GOVERNOR GENERAL TO EXERCISE ALL POWERS LAWFULLY BELONGING TO US IN RESPECT OF SUMMONING, PROROGUING OR DISSOLVING THE PARLIAMENT OF CANADA.²

No other country, other than established dictatorships, would tolerate Harper's abuse of power; in the 2006 election, he fraudulently engaged in an in-and-out funding scheme that was in violation of the Elections Act; When he and his party were called to account before the Parliamentary Committee on Ethics, he advised the 67 elected representatives that were involved in the scheme not to appear, and then stepped down as Prime Minister and called upon the Governor General to dissolve Parliament and grant an election, Consequently the Parliamentary Ethics Committee was dissolved. When faced with a non-confidence vote, he called upon the compliant Governor General to prorogue Parliament which she did, even when there was an opportunity to call upon a coalition representing the majority of elected representatives to govern. Now to evade a full investigation he wants to prorogue Parliament and bring about the dissolution of the committee investigating Canada's complicity in the violation of the Convention Against Torture.

Not only has he demonstrated the fundamental constitutional flaws in Canada but he has also caused Canada to become an international pariah; from his failure to adopt in 2007 the UN Declaration on the Rights of Indigenous Peoples, to his abyssmal record on the issue of climate change.

GOVERNOR GENERAL MUST CORRECTLY USE HER RESIDUAL POWERS UNDER ARTICLE V OF HER LETTERS PATENT.

It is now time to exercise correctly her residual power under Article V.

V.>²AND WE DO FURTHER AUTHORIZE AND EMPOWER OUR GOVERNOR GENERAL, SO FAR AS WE LAWFULLY MAY, UPON SUFFICIENT CAUSE TO HIM APPEARING, TO REMOVE FROM HIS OFFICE, OR TO SUSPEND FROM THE EXERCISE OF THE SAME, ANY PERSON EXERCISING ANY OFFICE WITHIN CANADA, UNDER OR BY VIRTUE OF ANY COMMISSION OR WARRANT GRANTED, OR WHICH MAY BE GRANTED, BY US IN OUR NAME OR UNDER OUR AUTHORITY.<³
There is sufficient cause - gross negligence - to remove Harper from office. At Copenhagen, Canada was finally on the map; it was clear in the Table 1 of Annex Commitments in the so-called Copenhagen Accord that Canada had used the 2006 base line, for emissions reductions, which amounted to little more than 3% below 1990 levels,. In addition, the minority Canadian Government did not even have the courage to face the international media; it held cubbyhole press conferences which were carefully orchestrated. The Conservative Government was known everywhere for the tar sands and their continued obstructionism during the negotiations. Now if Parliament is prorogued even the minimal C 311 bill on climate change will be off the agenda.
At the COP 15 Conference, Harper, as Prime Minister, under the Canadian Constitution can enter into a legally binding agreement. At COP 15, he ignored all the new emerging scientific evidence that was presented, by the Intergovernmental Panel on Climate Change (IPCC), and by the World Meteorological Organization (WMO) about the consequences from climate change being increasingly more serious than anticipated in the IPCC 2007 report which was based on 2004 and 2005 data. Even though at several times his minority government had been urged by the other opposition parties to agree to a commitment by Canada to decrease greenhouse gas emissions by 25% below 1990 levels, he refused to change his announced commitment to 20% below 2006 levels (3% below 1990) levels.
His failure to act responsibly on the urgent issue of climate change demonstrated gross negligence. In fact, Bill Rees, in his article "Is Canada Guilty of Climate Negligence?” refers to the applicable sections in Criminal Law which could indicate that Canada could be guilty of negligence. Canadian common law provides useful guidance. Environmental negligence suits focus on compensation for loss caused by unreasonable conduct that damages legally protected interests. Unreasonable conduct means doing something that a prudent or reasonable person would not do, or failing to do something that a reasonable person would do. The plaintiff must establish certain key elements of the tort‹ cause in fact and proximate cause, damages, legal duty, and breach of the standard of care. Note that fault may be found even in the case of unintended harm if it stems from unreasonable conduct. The Criminal Code (Section 219) is even clearer that lack of intent to harm is no defence if damage results from conscious acts performed in careless disregard for others: ³Everyone is criminally negligent who (a) in doing anything, or (b) in omitting to do anything that it is his duty to do, shows wanton or reckless disregard for the lives or safety of other persons² (where Œduty¹ means a duty imposed by law). Significantly, Section 222(5)(b) states that ³a person commits homicide when, directly or indirectly, by any means, he causes the death of a human being, by being negligent (emphasis added).²
TIME FOR THE GOVERNOR GENERAL TO INVOKE ARTICLE V AND REMOVE HARPER FROM OFFICE How long will Canadians be prepared for the sake of avoiding an election to allow an unethical government which has engaged in fraudulent practices, and evasive techniques, and unscrupulous actions, govern. How much longer will a compliant Governor General support such practices, techniques and actions?
BACKGROUND TO 2006 FRAUDULENT ELECTION EXPENSES Background from 2008 and the dissolution of the Ethics Committee because the Governor General granted Harper an election Dysfunctional Parliament: Harper must step down Harper¹s rationale for calling the election was that Parliament was dysfunctional. He deemed that Parliament was dysfunctional because the three opposition parties representing over 66% of the electorate disagreed with his policies. He had presumed that he would be successful in obtaining a majority and thus his policies would then be implemented. While he increased the number of Conservative members he failed to attain a majority government, and thus the Parliament is still dysfunctional. If the dysfunctionality of a minority government was the reason for going to the polls then when he obtained another minority government – equally dysfunctional>- he should have stepped down and called upon the Governor General to form a Coalition Government. But he didn¹t. Why?

Was there another reason for calling a quick election? Was it that with an election there would be the dissolution of the Parliamentary Ethics Committee that was investigating the Conservative violation of the Elections Act in the 2006 election? Serious questions arise about the condoning of potentially fraudulent election practices, the reneging of responsibility by the Governor General; the disregarding, by the media, of this issue during the election; and the legitimacy of Harper speaking on behalf of Canada with less than 40% support of the population..

DELIBERATIONS OF THE PARLIAMENTARY ETHICS COMMITTEE IN THE HEARINGS IN AUGUST, 2008

WITNESSES: Chantal Proulx and Don Beardall from the Office of the Public Prosecution of Canada

PAT MARTIN from the NDP raised a serious question about the potential that the case before the Office of the Public Prosecution might not even be resolved before the next election (either before, in 2008, or on the fixed election date in 2009), and that the Conservatives could even adopt the same in<–and<–out funding scheme in the next election. In response to his question, the witnesses from the Office of the Public Prosecutor indicated that there was no guarantee that the case would be heard before the next election.
CONSERVATIVES TRANSFERRED NOT JUST FUNDS BUT EXPENSES WITNESS: Mark Mayrand, Chief Electoral Officer In response to questions asked by various opposition members, Mark Mayrand confirmed that the transfer of funds from the Central Campaign to the Riding Associations, is permitted. What is not permitted is the transfer of expenses of the local candidates campaign. When asked if he had determined if this practice had occurred with other parties during the 2006 election, Marc Mayrand responded: No.
CONSERVATIVES EXCEEDED THEIR NATIONAL SPENDING LIMITS BY TRANSFERRING FUNDS TO THE RIDING ASSOCIATIONS. It was pointed out by a Committee member that by passing on expenses to local ridings the Conservative National Election Campaign superseded its national spending limits by 1.3 million. It was also noted that political parties benefit in a number of way such as issuing tax receipts for donations with tax benefits of up to 76%, paying $1.75 per vote, and providing rebates, of 60% of election expenses, for candidates receiving 10% of the vote. Marc Mayrand indicated that in cases where the expenses were under investigation, rebates had not been made. This point was not clear; it is possible that rebates were made before the investigation was undertaken, and it was not clear whether or not an investigation would result in the re-imbursement of the rebate.
CONSERVATIVE CANDIDATES AND OFFICIAL AGENTS WERE WILLING TO SIGN A FALSE EXPENSE FORM Official agents and candidates both sign off and attest that the expenses occurred in the local campaign and at fair market value. Both the Conservative candidates and their agents who are under investigation apparently signed the required documents even though they knew that the expenses were not incurred locally by their campaigns.
CONSERVATIVE PARTY DID NOT COMPLY WITH THE ADVERTISING REQUIREMENTS OF FAIR MARKET VALUE It was pointed out that in three adjacent ridings in Toronto, the same ads were recorded, by the Conservative candidates, as costing a different amount. The implications of this is that the expenses were accounted for in relation to the range of spending limits for the candidates.
CONSERVATIVE CANDIDATES PROBABLY WOULD NOT HAVE BEEN ABLE TO DEMONSTRATE THAT THE NATIONAL ADS WOULD HAVE BENEFITED THE LOCAL CANDIDATES. Richard Nadeau, Bloc MP, made the distinction between pooling of resources to collectively benefit the candidates, and the practice of in-and-out national campaign ads. Marc Mayrand responded that ³it must be sure that it benefits the candidates² and that ³I am not satisfied that all the expenses claimed were of benefit to the candidates.²
CONSERVATIVE CANDIDATES AND AGENTS WERE NOT APPRISED OF THE REGULATION UNDER THE ELECTIONS ACT
Ricard Nadeau also raised the issue of the need for proper training of candidates and their agents so that this Conservative practice would never happen again. He proposed that Elections Canada should do this across the country. Marc Mayrand responded that we hold training sessions regularly throughout the country. He cited the problem of late selection of agents at election time, and that the agents are already overwhelmed. He neglected to mention that there are meetings, of representatives of the registered parties at the Elections Canada office in Ottawa, and that this issue could be raised at that time and all party riding headquarters apprised of the regulation related to expenses.
CONSERVATIVES MIGHT BE EMBROILED IN ALL LEVELS OF TAX EVASION BECAUSE OF THE SCHEME
Marcel Proulx raised the issue of discrepancy in provincial taxes and that the taxes were not applied before the assessment of GST. This might indicate a problem with the invoices submitted by Retail Media, the agent acting for the National Conservative Ad Campaign.
CONSERVATIVE MEMBERS OF THE COMMITTEE CONTINUALLY RAISE ISSUES RELATED TO PROCESS, RATHER THAN RECOGNIZING THAT IT IS CLEAR THAT THE CONSERVATIVES DID ENGAGE IN A WIDESPREAD WAY IN AT LEAST 67 RIDINGS, THAT THIS PRACTICE WAS AGAINST THE ELECTIONS ACT, AND THAT THE CONSERVATIVES BENEFITED UNFAIRLY IN THE 2006 ELECTION FROM THIS PRA